Home / Following the Light - Part VII: From retina to the brain

Following the Light – Part VII: From retina to the brain

As you have probably already read in our last two blogs (Part V and Part VI), from now on we are not following the light anymore but electrical signals that were triggered by the light in the photoreceptors of the retina.

We shall not go very much into details about the anatomy of the nerves that translate the signals from the retina to the brain. We will only cover the important bits that are essential for understanding certain diseases, such as glaucoma. We have discussed the peripheral retina and macula with the fovea in our previous blog. There is however, one important part of the retina that we have not mentioned yet. It is the blind spot.

The blind spot is essentially a small part of the retina, close to the macula, where we do not have any photoreceptors at all. Neither cones nor rods. I am sure many of you have already tried some test for detecting your blind spots, if you have not, just google it, there are plenty of such test all over the internet. It is an area of the retina, where the nerves that convey signals from the photoreceptors gather together, exit the eye ball and form the optic nerve. It is also an area where the source of trouble in the disease named glaucoma is.

There is a common misperception that glaucoma equals the increased intraocular pressure. This is not at all true. Okay, it is true that increased intraocular pressure (IOP) is the main reason for glaucomatous changes, but where the bad happens is in the retina and in the retinal nerves. Due to prolonged increased pressure in the eye, the nerves in the area we have mentioned before (the blind spot) are squashed against the hard edges of the eye ball, which triggers the processes in the nerves that cause them to slowly die. The consequence, as you probably know, is the deterioration of vision that eventually leads to legal blindness.

What is worse still, is that the progression of vision loss is very hard to detect before a huge deal of nerves have already died. Unfortunately, the process is irreversible then and major vision loss is inevitable. That is why glaucoma is often referred to as the silent thief of vision. In otherwise healthy individuals, an eye exam with intraocular pressure measurement is advisable from time to time, in order to avoid delayed glaucoma diagnosis.

In those diagnosed, however, strict compliance with the prescribed IOP lowering therapy is essential in order to delay the progression of the glaucomatous changes of the retina and nerves and hence the deterioration of vision.

Following the exit od the eye ball, the nerves join and form the optic nerve. Optic nerves derived from both eyes then run deeper into the head and approximately 5 cm (2 inches) farther they join to form the optic chiasm. What it happens in there is that the nerve fibres form both sides interlace between each other, so that following the exit of the optic chiasm as the optic tracts, they are very specifically oriented indeed.

As you probably know, the left-brain hemisphere controls the right side of our bodies and vice versa. Well, it is no different when it comes to vision. The nerve fibres are rearranged in the optic chiasm, so that the information from the right visual fields from both eyes is carried further into the brain by the left optic tract, and the information derived from left visual fields of both eyes by the right optic tract. Optic tracts then run deeper still into the brain, to the midbrain. In the midbrain, they give fibres for pupillary reflex, as we have already discussed here.

Following the midbrain, the information from the eyes then continues farther into the brain as optic radiation until it finally reaches the part of the brain that is responsible for the initiation of visual processing. So called visual cortex is the brain cortex located at the very back of our scull in the occipital lobe of the brain. We will cover it into more details in our next blog. In the current blog nonetheless, I would like to mention one more thing. Perhaps someone of you have already come across someone in their lives that suffered from a specific visual loss, such as hemianopia or quadrantanopia for instance. The former refers to the loss of half of the visual fields in both eyes and the latter the loss of one quarter of the visual fields in both eyes.

Why am I telling you this? Well, those visual impairments are unfortunately rather common consequences of either ischemic or haemorrhagic brain strokes. The best possible precautionary measures against such events are the avoidance of excessive drinking, quitting smoking and strict blood pressure control in those suffering from arterial hypertension.

Our journey is slowly but surely coming to an end. In today’s blog we have covered the last part on our way to the brain, where visual processing takes place. Stay tuned and subscribe, so that you do not miss our next blog where we will be dealing with the brain itself and the processes that must happen in the brain for us to be able to see!

Missed the first few parts of the series? Check them out: 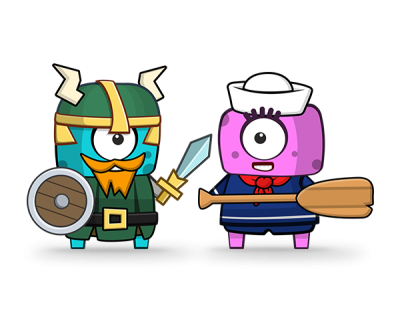